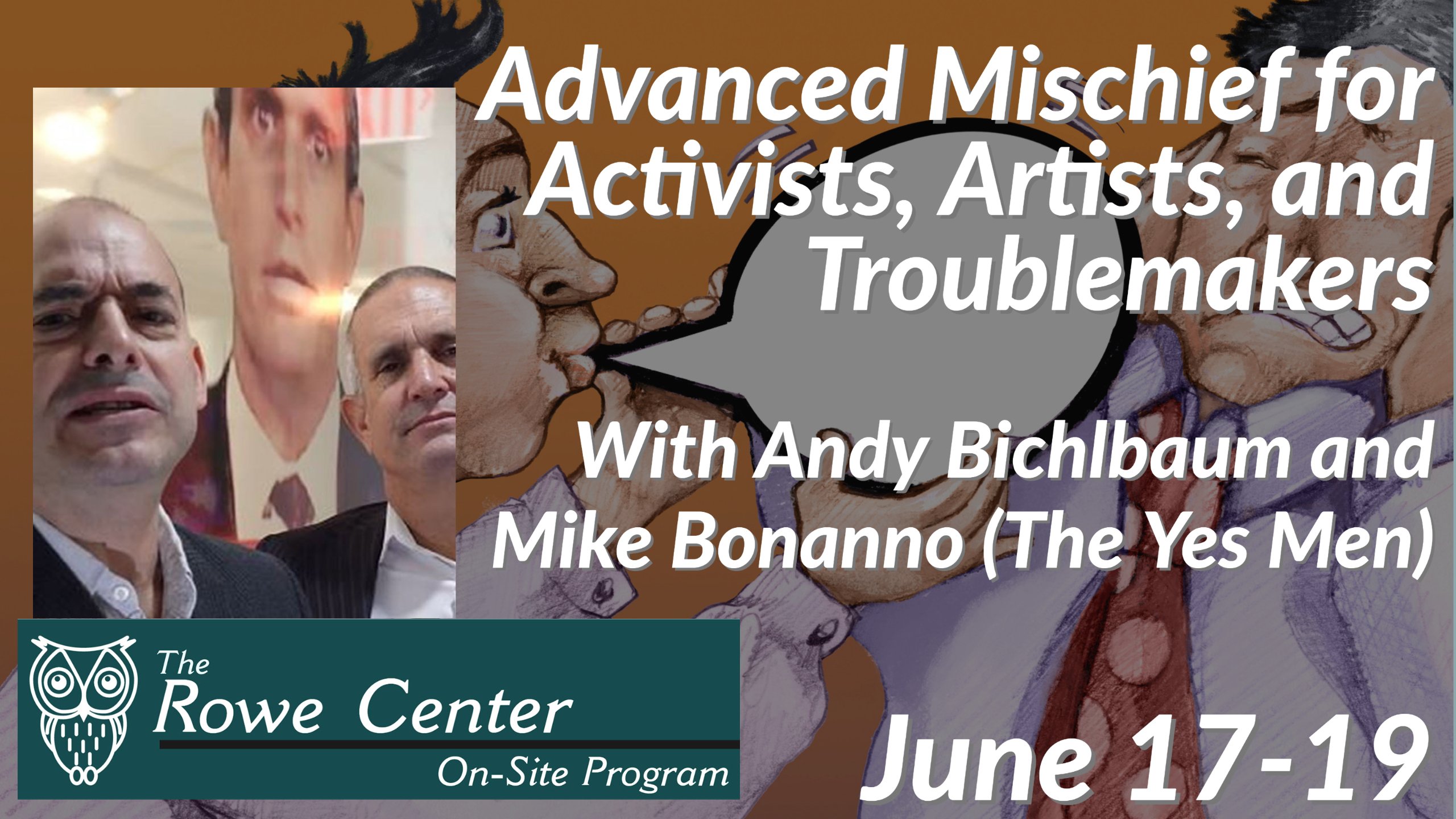 The $325 fee covers the cost of the program and is paid during registration online. For further details about housing costs, which may be paid at any time up to arrival on-site, please visit our Conference Rates and Cancellation Policy page. These prices will also be listed on the registration.

“We just don’t find it fun to do weird things for their own sake, or, heaven forbid, to make fun of those weaker than us. But doing weird things to punch up at oppressors — that’s about as much fun as it’s possible to have on this planet.” —The Yes Men

Check out The Yes Men’s hijinks: Welcome to the Meddleverse, Share the Safety, and How We Scuttled Chevron’s Campaign.

The Yes Men have been making mischief for change all over the world for almost three decades tweaking corporate power and showing what the world might look like if the powerful were forced to serve everyone. Using ingenious hijinks, they draw worldwide attention to critical issues, cheerlead other activists, and sometimes turn bystanders into participants. Naomi Klein has called them “the Jonathan Swift of the Jackass Generation,” and everything they have done can be done by anyone, given time, energy and desire.

The Yes Men have embarrassed nefarious entities using impersonation; created public illusions to suggest a better way forward; worked with impacted communities to get press and turn stakeholders into activists; destroyed brands with anti-advertising; disrupted events to expose the weakness of the “powers that be” and the depths of our illusions about them; and done near-instant actions —making a splash in a very short period to get mainstream press around critical issues—because cool as twitter might be, only journalism can give things the depth of coverage they deserve. Over the last couple of decades, the exploits of the Yes Men have been the focus of three feature films: The Yes Men, The Yes Men Fix the World, and The Yes Men are Revolting.

In this weekend workshop, you will learn the secrets to all of their hijinks and then work with them to pull off your own. We’ll start with one or more targets — a particular company, politician, corporate front group, bad government policy, or even an abstract idea — as well as a campaign goal: to affect public debate, push for legislation, or embarrass an evildoer, for instance. Then we’ll brainstorm the smartest, most effective action we can to check all those boxes. Andy and Mike promise the weekend you spend with them “will be fun, hilarious, exhilarating, frustrating, exciting, confusing, chaotic, and important”. 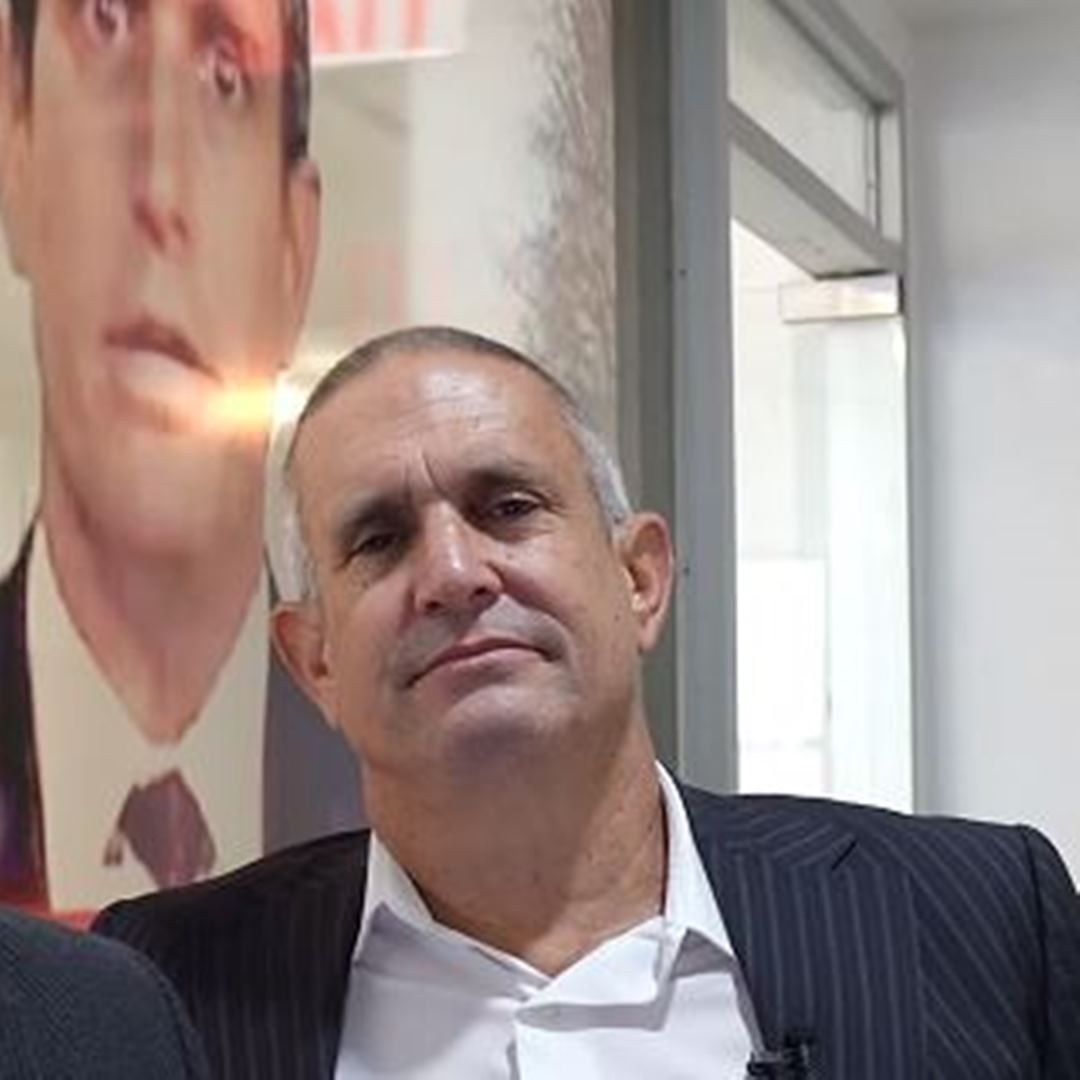 Andy Bichlbaum is a guy from Tucson, Arizona who has held a bunch of jobs and was fired from pretty much all of them.

He has a ‘terminal’ degree in experimental fiction writing, which enabled him to publish a couple of books that made him so rich and lazy that he took up computer programming to pass the time. While ‘working’ as a programmer he spent some time orchestrating the infamous ‘Simcopter Hack’ in which 80,000 copies of a macho video game were found – shortly after being shipped to stores – to be ‘enhanced’ with swarms of kissing boys.

Fired yet again, he became a celebrity among a small but interesting group of lazy queer hackers, and enjoyed the attention so much that he went on to found the notorious “anti-corporate corporation” RTMark.com, a website that matched illegal activist projects with investors and skilled helpers. This Web 0.5 site generated lots of attention in the media and was mistaken as art by a number of curators, who included it in the Whitney Biennial and other major shows. In the course of running RTMark, Andy and his co-conspirator Mike Bonanno accidentally started The Yes Men when a fake WTO website they created garnered them an invitation to speak at a law conference in Austria.

These days, Andy is writing a book, making political videos, and learning to weld. 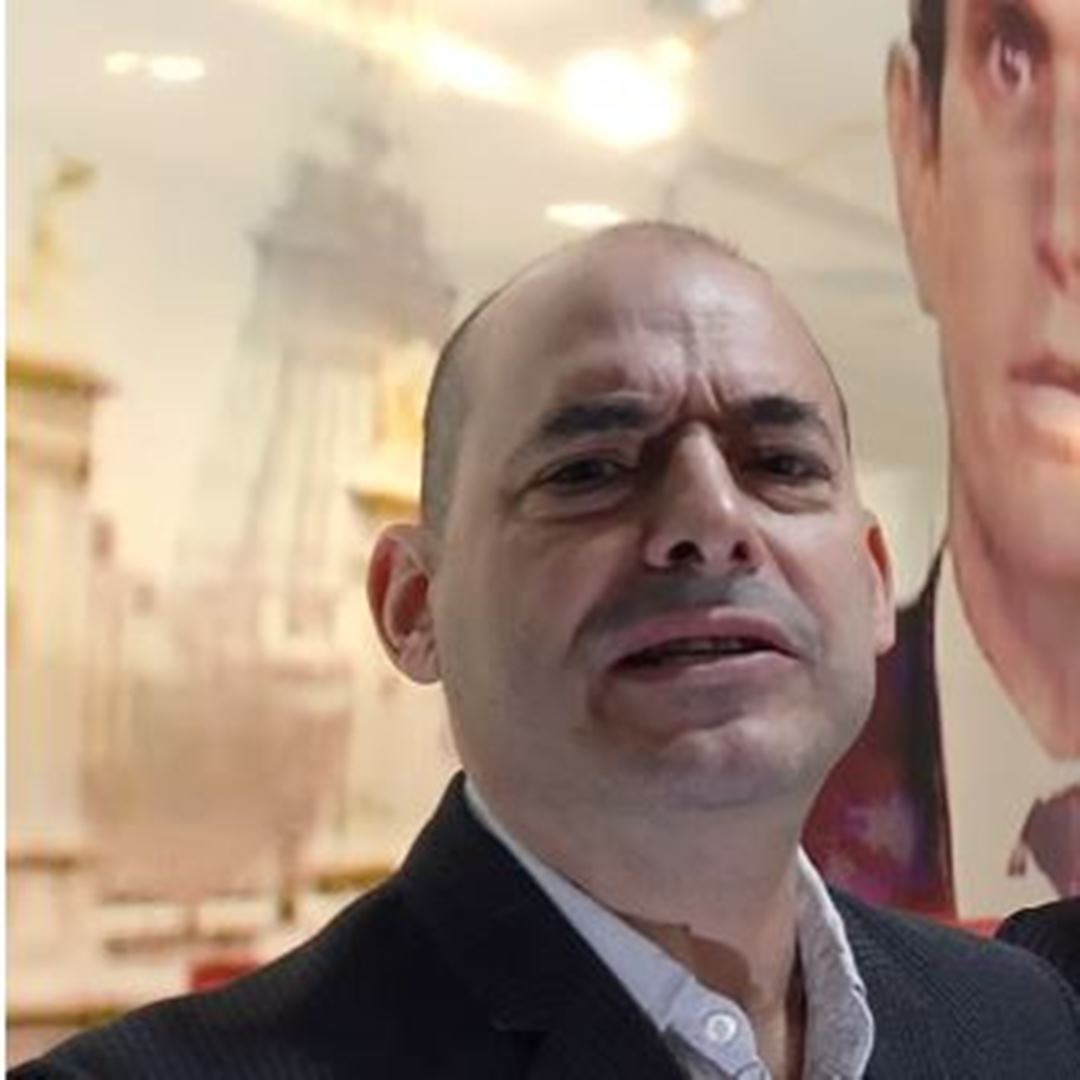 Mike Bonanno is an associate professor of media arts at Rensselaer Polytechnic Institute. In 2000, he received the Creative Capital award in the discipline of Emerging Fields. He is also a co-founder of RTmark and the recipient of a 2003 Guggenheim Fellowship, granted for a project that used Global Positioning System (GPS) and other wireless technology to create a new medium with which to “view” his documentary Grounded, about an abandoned military base in Wendover, Utah.

As a student at Reed College, Mike organized a student group called Guerrilla Theater of the Absurd. They performed and documented “culture jamming” acts of protest, including Reverse Peristalsis Painters, where 24 people in suits stood outside the downtown venue of Dan Quayle’s fundraiser for Oregon senator Bob Packwood and drank ipecac, forcing themselves to vomit the red, white and blue remains of the mashed potatoes and food coloring they had consumed earlier; and a middle of the night contribution to the debate over renaming Portland’s Martin Luther King Jr. Boulevard, wherein the city awoke to find that all of the street signs and freeway exits for another major boulevard had been changed to read “Malcolm X Street.” Mike presented the Reed College Commencement Speech on May 19, 2014, where he announced that the college had decided to divest from fossil fuels, a decision the college had in fact not made.